The One Day Photo Essay 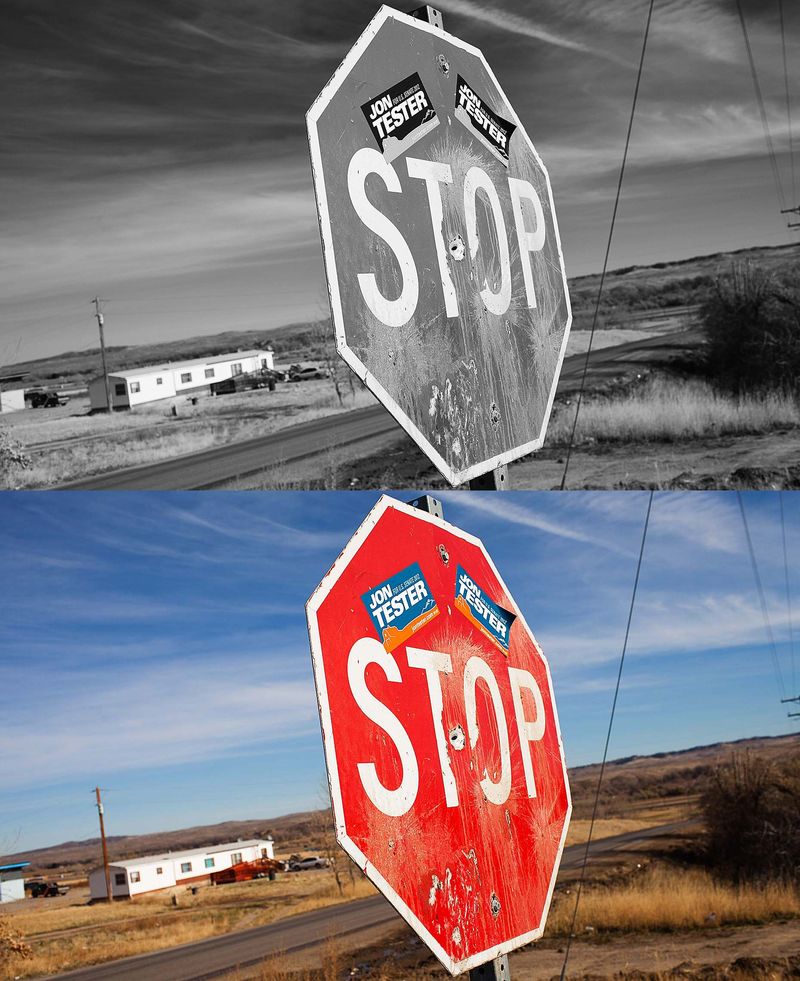 I don't reccommend it, trying to pull a photo essay out of a one day shoot. Still, it's something to think about and you never know when the need might arrise.

It's helpful to have a few things when you set out to make a photo essay:

A good visual story. Which you happen to be interested in telling.

Research. A little bit, but not too much. You'll want to know what you're talking about while still leaving enough ignorance to be surprised.

Time. It's helpful when you're trying to slip into the pool of people's lives without stirring up the whole pond.

In this little photo essay, which I call "First Americans Voting". You can see it properly here. I had a good visual story, kinda knew the situation (though I failed to find out when the polls actually opened), not much time (because it's a one day event), and a place to stand.

Once the important stuff is covered, it comes down to making choices. Choices like which way to look and when to push the button. One of the least important choices is color or black & white. 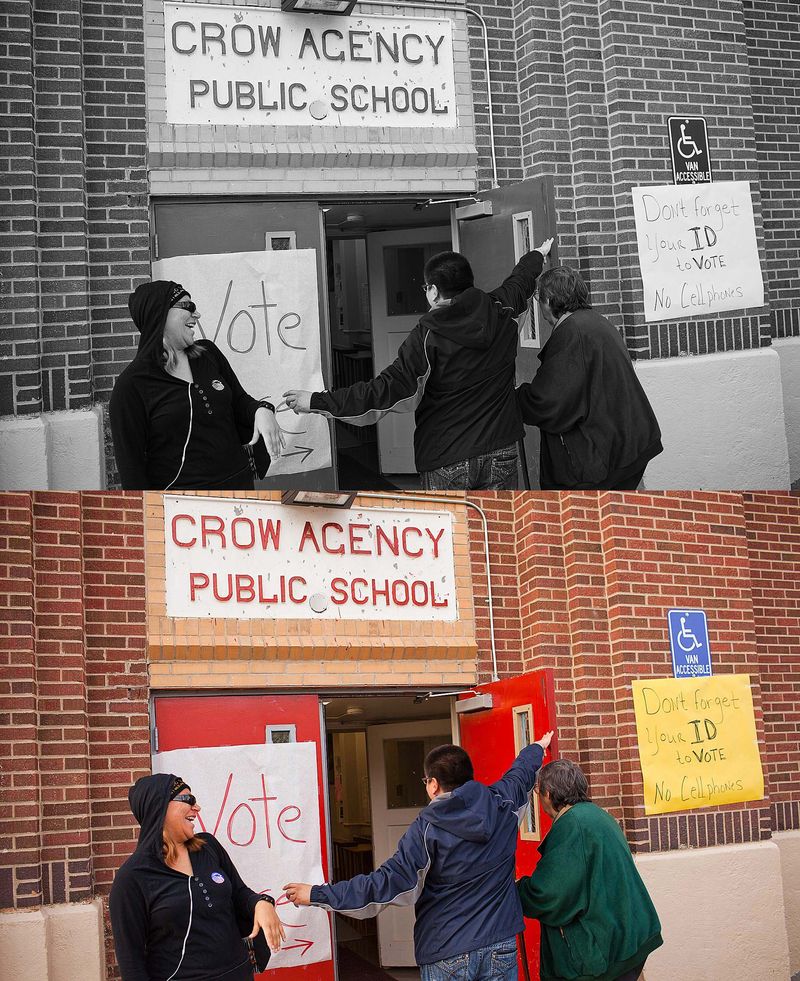 Still, it's a decision which needs to be made.

The first part of my day took place mainly in a grade school gym on the Crow Reservation. The light wasn't interesting, so it's an easy choice to shoot this in black & white. Though it's probably more accurate to say "see this in black & white", as one can process the RAW files both ways.

The only images I was tempted to process in color are shown above and I think they're both stronger in black & white. 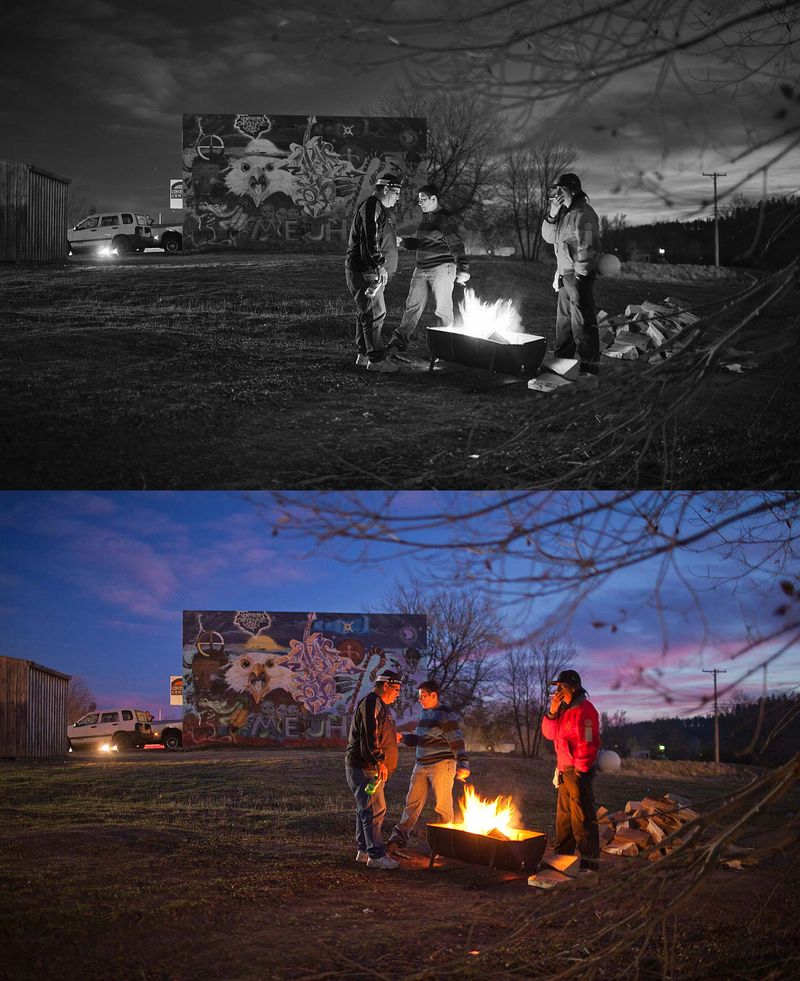 By the time I'd FTP'd my first batch of images and made my way down the road, the light had sweetened up quite nicely.

Plus, they were also voting in the tribal elections on the Northern Cheyenne Reservation, which is more like a feast day. Each candidate has their own way of getting out the vote, but they all involve good food. Everybody's outside enjoying the party.

There's no reason for me to make more voting pictures inside another building. The pictures are to be had outside, with the people and the light.

The problem is that I've already established this as a black & white essay and changing horses in mid-stream is always a dicey proposition. 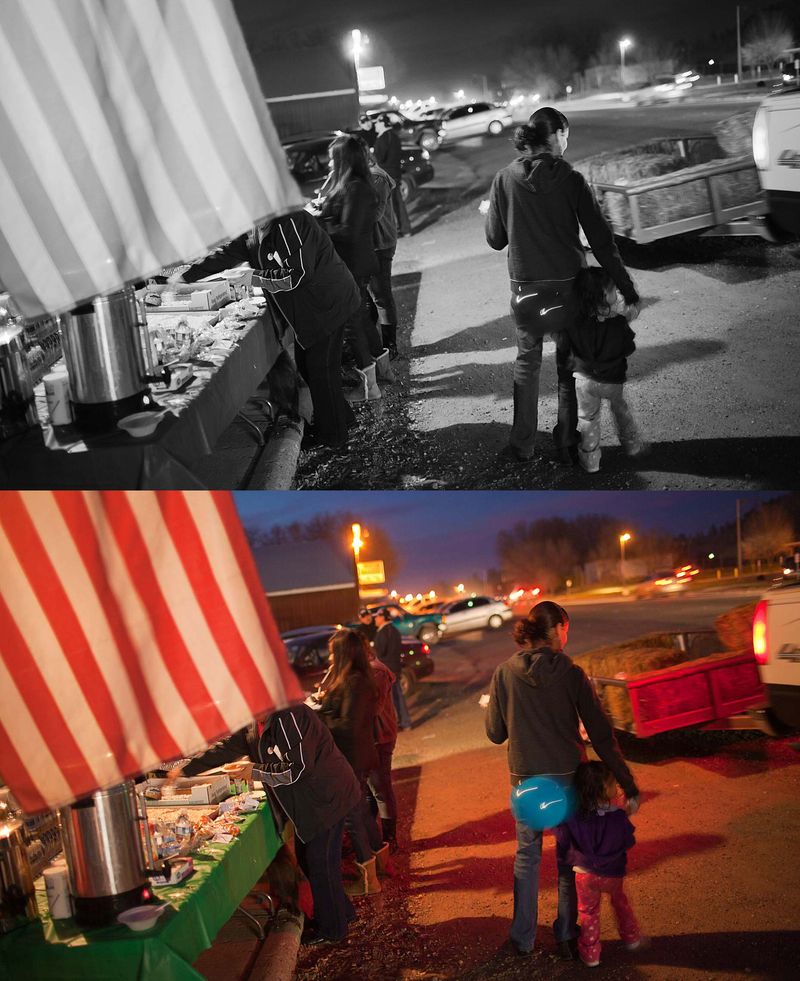 It's an easy call to say the last two images work better in color, but do they work so much better that the whole essay should be in color? Part of the problem is with the slideshow format (which most of us use online). If this piece was running in a magazine, a good designer could bounce back and forth between color and black & white and capitalize on each image's strength. As just the act of turning a page or a having column of text between photographs helps with the transition.

Something to think about.

Posted at 10:17 AM in Current Affairs, Talking Photography, These Modern Times | Permalink | Comments (2)

I do like many of the color ones! Lots of red, white, and blue. Put the color versions up on your website?
~PD

Good to be back in here, have been liking your work, you really are a great help here.
Chris Harris