TIME to Start Over

Stop the presses, Time/Warner failed to make a deal to get rid of it's magazines!

You can read about it in the New York Times.

Here's a quick post to explain what just happened.

Around 1989, Time Inc. decided to merge with Warner. Paramount didn't like this because they thought their investment in Time Inc. would be diluted, so they tried a hostile take-over of Time Inc.

This forced Time Inc., instead of doing a stock-swap merger with Warner, to buy Warner for cash. Why did Time Inc. want to merge so badly with Warner? We really don't know. It had something to do with "synergy". Which nobody in the Time/Life Building could define, but had something to do with everybody playing nice together and making tons more money.

Why didn't Time just walk away from Warner? We don't know this either. As far as I can tell, it had something to do with a pit bull like case of lockjaw among the Time Inc. executives.

At the end of the day, Steve Ross and the rest of the Warner executives got tons of cash AND they somehow gained control of Time Inc. Yes, Time Inc. funded the selling of itself. Not only did they lose control of their own house, their employees' stock value plummeted (maybe Paramount had a point). This was the beginning of the end and the start of a long string of equally bad mergers and business decisions. Can anyone say, "You've got mail!"

Fast forward to present day. Time/Warner can't make a deal with Meredith because their magazines are seen as a liability. So they give themselves a loan so that the magazine side can buy themselves from the "media" side. Basically, the profit making part of the company is keeping the PS3, while charging it's mentally challenged older brother for the right to continue playing with the Lincoln Logs.

And what's the word they dust off to make this all seem like a good idea? You guessed it, synergy, which they still can't define nor make work. After almost 25 years of greed and foolishness, Time Inc. finds itself right back where it was at the start of all of this. The difference now is they've got products that nobody seemingly wants, and they've lost any corporate memory they once had on how to create products that people do want.

Why doesn't synergy work? Easy, because just like everybody else, Madonna wants to get paid.

If you use one of her songs in a Warner Brothers movie, she's going to charge your ass even though she recorded that song with Warner Brothers in the first place. You want to publish a Time/Life book on Madonna? Cut her a check. They don't call her the Material Girl for nothing. While you're at it, cut the photographers, the writers and everybody else involved a check too.

We all gotta eat, and synergy is the same thing that caused the cabbages to rot in the fields while people were starving in Moscow.

Synergy is executive speak for, "We're going to make more profit off of your work, we're not going to pay you any more, and you're going to have to work harder."

Synergy is what's behind every rights grabbing contract photographers and writers are now asked to sign.

As long as we're making deals, I'll make the good folks at Time Inc. an offer. I'll buy LIFE Magazine from you. No, I'm serious. I can make this thing work. I'll keep using your distributors and allow you to package my ad pages along with TIME, PEOPLE, MONEY, and FORTUNE. These two things alone make this a smoking deal. Trust me on this, you cannot go wrong. Now, I'm taking a bit of a risk here and doing you a huge favor, so I'm only going to need a hundred million in cash to make this thing happen.

Call me, you've got my number. 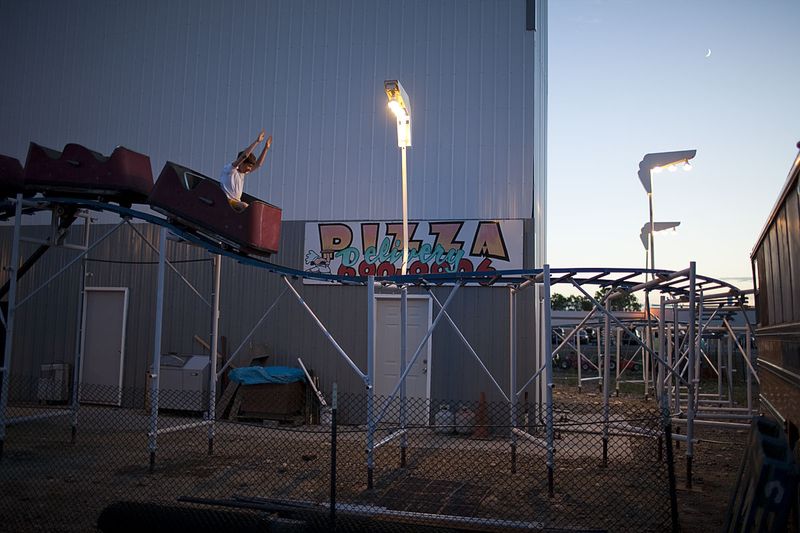 I just cleaned out the flash card that's been sitting in my camera for a week or so and thought I'd share some of the America that is Montana. 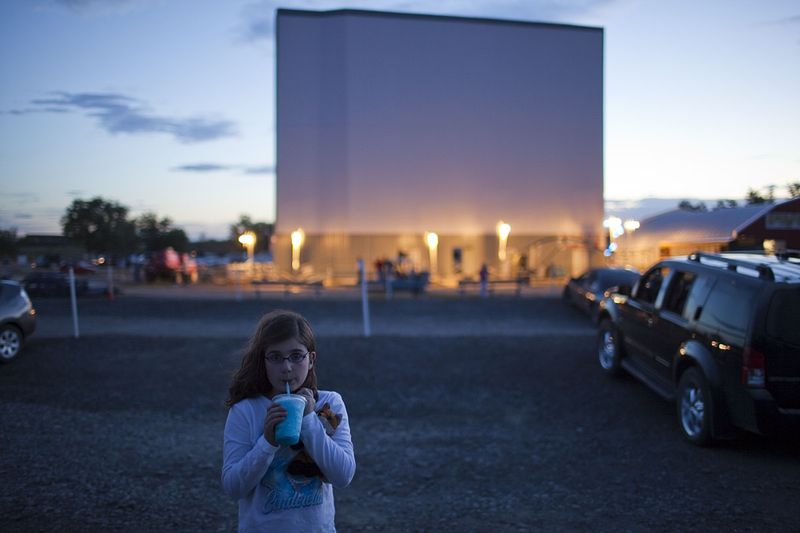 Yep, we still make a point of hitting the drive-in at least once each summer. 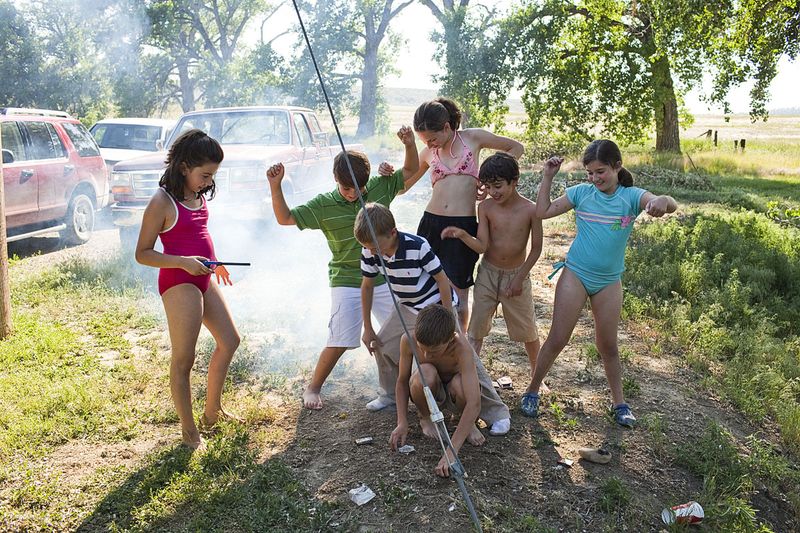 Firecrackers to keep everyone on their toes! 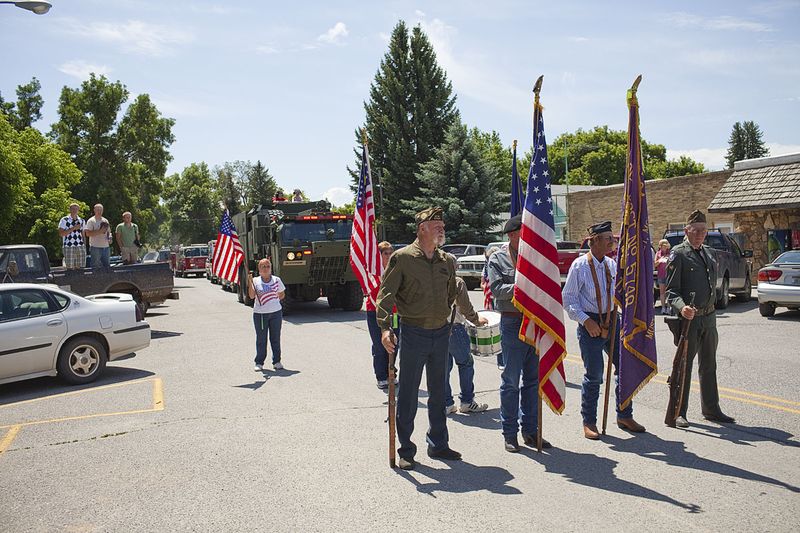 Our Fourth of July Parade in Joliet, Montana might not be the biggest one in the country, but they take two laps to make it last a little longer.

A few more fireworks to finish up the evening. 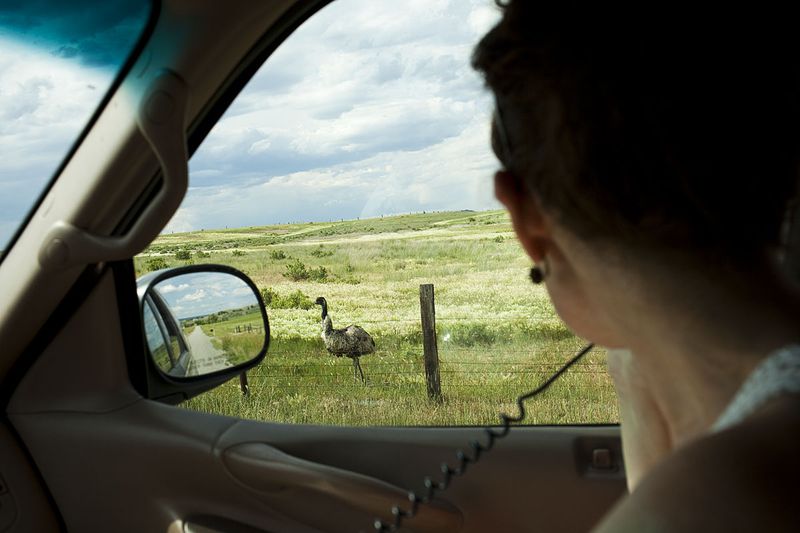 And a special visit from the Fifth of July Emu! I have no idea where this bird came from or how it ended up on our place. I just hope it leaves the cats alone. 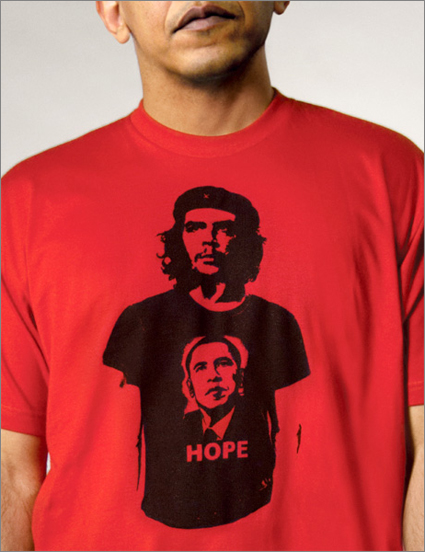 You know that iconic hero pose where the sitter is looking slightly upward and to the side, gazing off into the distance?
I was helping my son do a report on Alexander the Great yesterday when I came across this...

Physical deformity and the cause of death

"More recently Alexander’s physical characteristics have been combined with the information of his final days to arrive at the cause of his death. Many descriptions and statues typically portray Alexander with a cervical neck deformity, typically with a gaze looking upward and outward (an image still used in modern day heroic photography). Both his father Philip II and his brother Philip Arridaeus also suffered from physical deformities, leading some to suggest a congenital scoliotic disorder (familial neck and spinal deformity).[63] A familial scoliotic deformity has therefore been ascribed as the cause of his death by means of an ascending spinal infection (pyogenic spondylitis or meningitis),[63] which would also explain the ascending spinal paralysis in his final days. Furthermore, such a condition has also been proposed as a potential cause for Alexander’s depictions with horns by way of a scoliosis associated neurocutaneous Epidermal Nevus Syndrome."

Yeah, that's from Wikipedia, so take that into consideration. But still, something to think about.

Posted at 10:33 AM in Heros, How was that done?, Somethings Never Change, The Wayback Machine, What Was I Thinking? | Permalink | Comments (0)